Amidst the sparkling city lights along Chicago's famed Magnificent Mile, Venteux, a new French brasserie featuring a swanky oyster and Champagne bar, is poised to breathe new energy into the heart of downtown Chicago this spring. Backed by an impressive roster of hospitality industry leaders, Venteux is helmed by Chicago native, Executive Chef-Partner Donald Young (Temporis, Les Nomades, Bistrot Saveurs), who is celebrated as the youngest Michelin-starred chef in Chicago and one of the youngest to be recognized with this prestigious honor industry-wide. In partnership with acclaimed national entertainment maverick and restaurant operator, Clique Hospitality (Pendry Hotels, MGM Resorts International, Blackstone Group), Venteux will debut at 230 N. Michigan Ave. within the city's historic 1920s art deco landmark Carbide & Carbon Building in spring 2021.

Located on the ground floor of the forthcoming Pendry Chicago, Venteux has commissioned world-renowned design firm Studio Munge to create a luxurious ambiance for the 3,500 square foot space. The focal point of the restaurant is Venteux's glowing brasserie, which boasts a lively nightlife scene, ideal for date nights, business dinners, and more. Here, diners are encouraged to cozy up in circular banquettes bathed in soft amber light, or to clink drinks at the festive oyster bar well into the evening. There is also a charming indoor and outdoor cafe marked by a lush and romantic garden terrace, as well as soaring, 40-foot floor-to-ceiling windows to take in Chicago's architectural splendor.

"This is going to be reinvigorated Nouvelle French cuisine," says Executive Chef-Partner Donald Young. "I am grabbing from 11 years of experience in French kitchens and adding unique twists to break some rules while still having some fun with it. We are hoping people are ready to get out, dress up, and come join us downtown for a special and memorable experience."

About Donald Young, Executive Chef/Partner, Venteux: Recognized as one of the youngest chefs to be awarded a Michelin star in the US, Executive Chef/Partner Donald Young (Crain's 20 Under 20, Jean Banchet Best Service 2019, Michelin Guide 2019) is earning wide-spread acclaim as one of the most exciting chefs to watch in the Midwest. Young began his culinary career at age 17, where he worked under award-winning chef Roland Liccioni at Le Francais, famed Chicagoland French restaurant opened by legendary French-American chef Jean Banchet. While pursuing a degree in culinary arts at Chicago's Kendall College, Young secured a six-month internship in Castres, France, where he studied under acclaimed chef Simon Scott at Michelin-starred Bistrot Saveurs. Enthralled with French cuisine, Young followed his mentor Liccioni throughout most of his career, ascending through culinary roles at beloved Chicago restaurants Miramar Bistro and Les Nomades.

In 2017, Young graduated from his role of chef de cuisine at Les Nomades to become co-chef and eventually executive chef at Temporis, a progressive, 20 seat American fine-dining restaurant offering a 10-course tasting menu each evening. The following year at age 28, Young earned Temporis its first Michelin star, making him the youngest chef in Chicago to garner this prestigious recognition. In 2019, Young took on the role of executive chef at New American restaurant WoodWind in Chicago's luxe Magnificent Mile epicenter. There he applied his acumen for fine dining to create simple yet elegant shared plates in a more relaxed setting. Now as executive chef/partner of Venteux, a lively French brasserie located within the landmark 1920s Art Deco Carbide and Carbon high rise building in Chicago, Young marries classic French techniques with self-taught modern cooking. At Venteux, Young takes an unpretentious yet tailored approach in creating a bold contemporary menu that propels guests on an exciting culinary journey somewhere between the Champs-Elysées and Chicago's famed Michigan Avenue.

About Clique Hospitality: Clique Hospitality, founded by Andy Masi, is a collaboration of talented food and beverage professionals who have helped shape the dining and nightlife landscape along the West Coast for the past two decades. Masi has dedicated his life to making guests feel that a simple night out is more than just a memory, but also an experience. Clique is a boutique hospitality and marketing company with operations in Las Vegas, NV, San Diego, CA and Delray Beach, FL. Clique specializes in approachable dining that sets trends, rather than following them. In its partnerships with many of the country's most prestigious hospitality corporations, including MGM Resorts International, Cosmopolitan Las Vegas, Pendry Hotels, Montage Resorts, and Red Rock Resorts, Clique is transcending hospitality through service, quality, and trendsetting design. 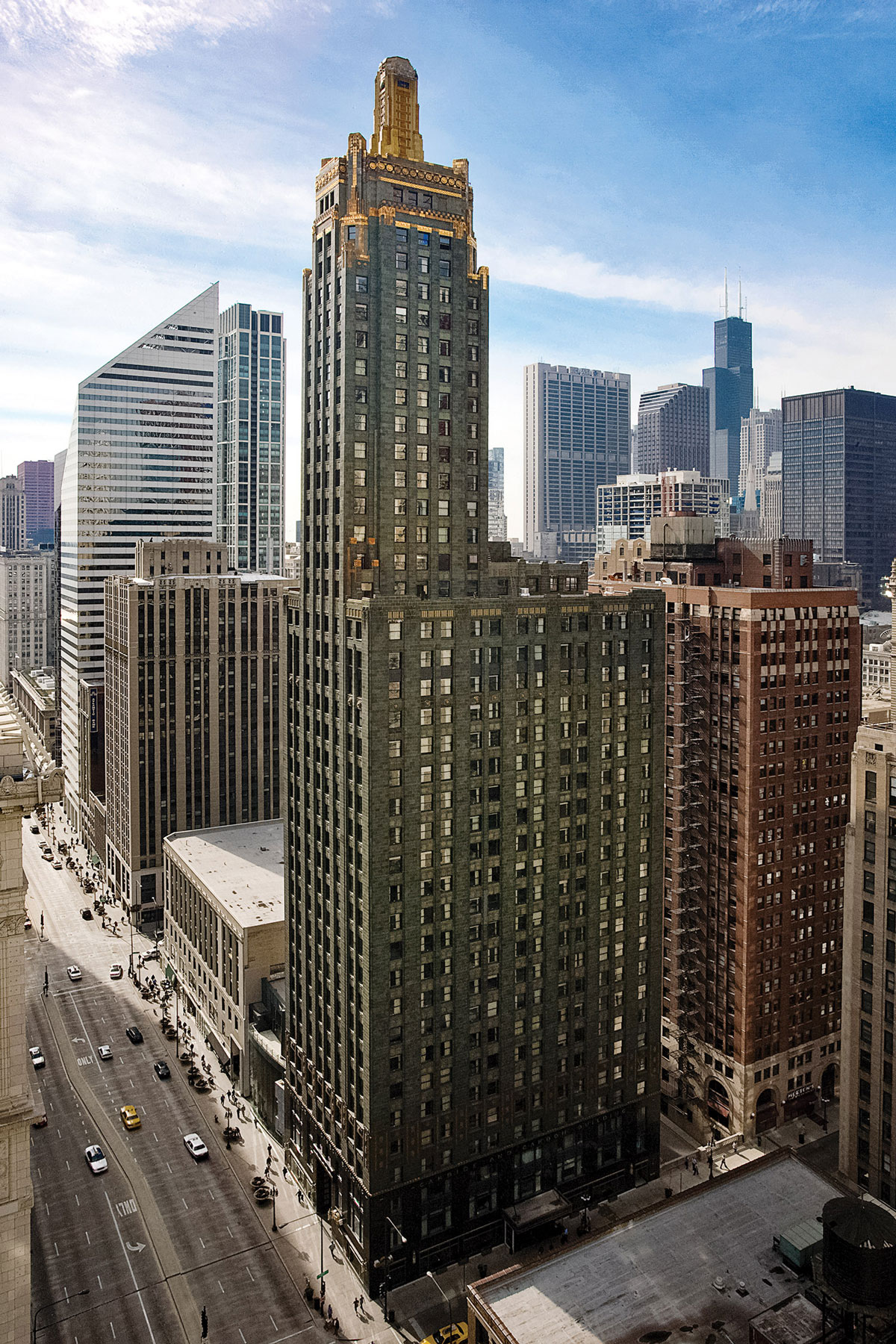 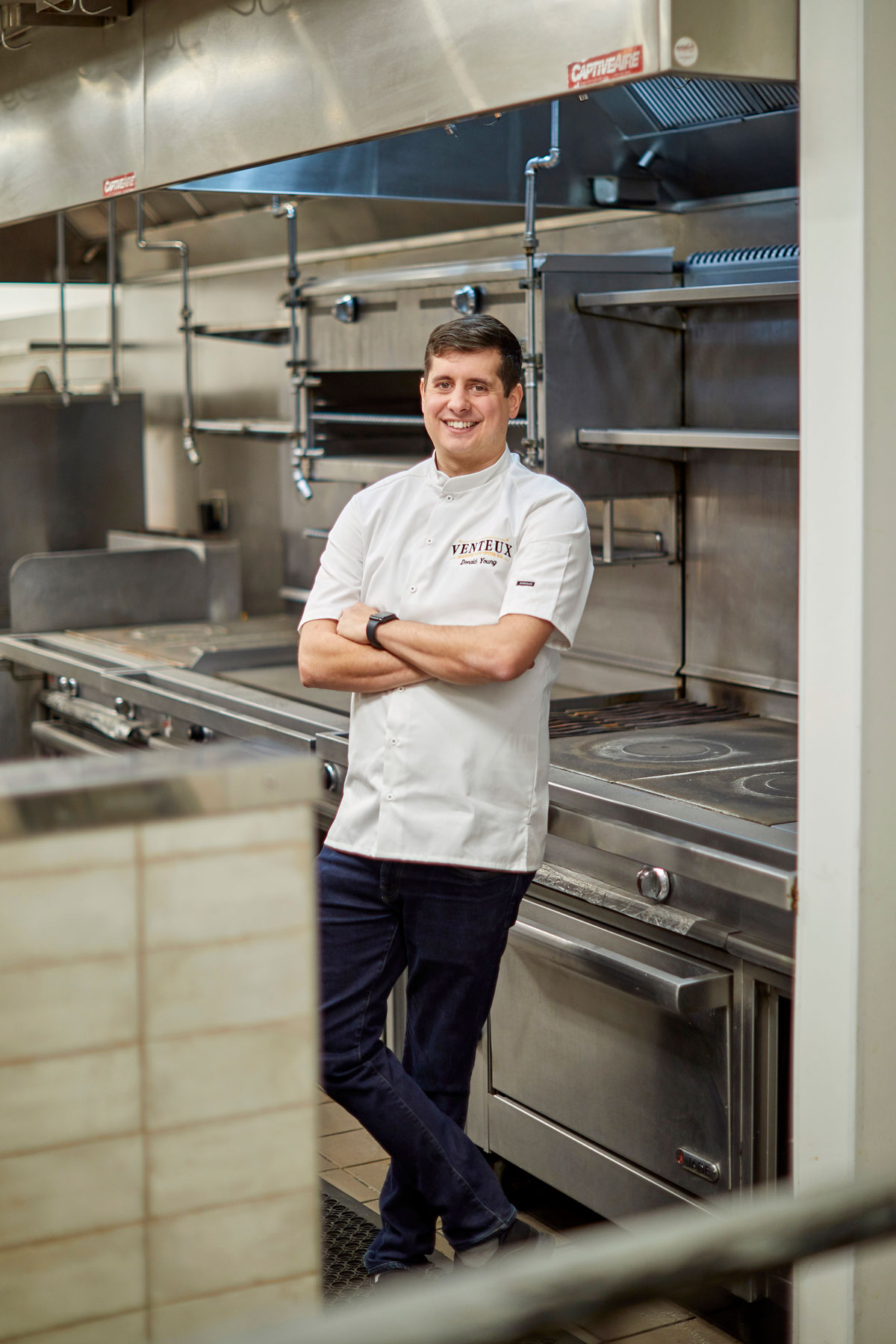