If you've already visited Venteux, then you already know that we offer a dining experience unlike any other.

If you haven't yet visited, you're in for a treat when you do.

Venteux ably mixes style and substance with a unique French flair right in the center of Chicago.

Our brasserie-style fare and comfortable atmosphere offer a unique experience that puts you at ease while enlivening your senses.

Curious about the mastermind behind our culinary masterpieces? Get to know our Chef, Donald Young:

Donald Young lives up to his name - he got started in the kitchen very young. By the age of 17, he was already making a name for himself. He's had an incredible career so far...

Young is recognized as one of the youngest Chefs ever to be awarded a Michelin Star in the U.S. He's been featured in Crain's 20 Under 20, Jean Banchet Best Service 2019, Michelin Guide 2019.

He's considered one of the most exciting Midwest chefs to watch.

As previously mentioned, his kitchen career began at the tender age of 17, when he worked at the famed Chicagoland restaurant Le Francais, a restaurant opened by legendary French-American chef Jean Banchet. There, he worked under award-winning chef Roland Liccioni.

While pursuing a degree in culinary arts at Chicago's Kendall College, Young also pursued a six-month internship in Castres, France. There, he studied under chef Simon Scott at Michelin-starred restaurant Bistro Saveurs.

During these years, Young's love of French cuisine was cemented. He would later spend time at beloved Chicago restaurants with a French leaning, including Miramar Bistro and Les Nomades.

The next year, at age 28, he received his first Michelin star at Temporis - the youngest Chicago chef to ever receive this honor.

There, he applied his expertise in culinary arts in a relaxed yet upscale setting.

We're delighted that Young has moved on to Venteux to continue to share his gifts with the people of Chicago (and whoever might be visiting our fine city!)

Venteux is located in a landmark 1920s Art Deco building in Chicago. The cuisine is inspired by his French training but incorporates self-taught techniques as well.

At Venteux, Young's expertise is on full show with unpretentious yet carefully considered and expertly concocted culinary delights.

Here are just a few of the many dishes you can sample at Venteux:

Tuna Niçoise Salad: A French brasserie classic! Ours is made with balsamic, 8-minute egg, and mixed greens.

At Venteux, we're delighted to have such a talented and experienced chef at the helm of the kitchen. Come see for yourself what Chef Donald Young is capable of. But be warned - once you've sampled his cooking, you won't be able to get it out of your head...

Have you visited Venteux yet? We hope to see you soon! 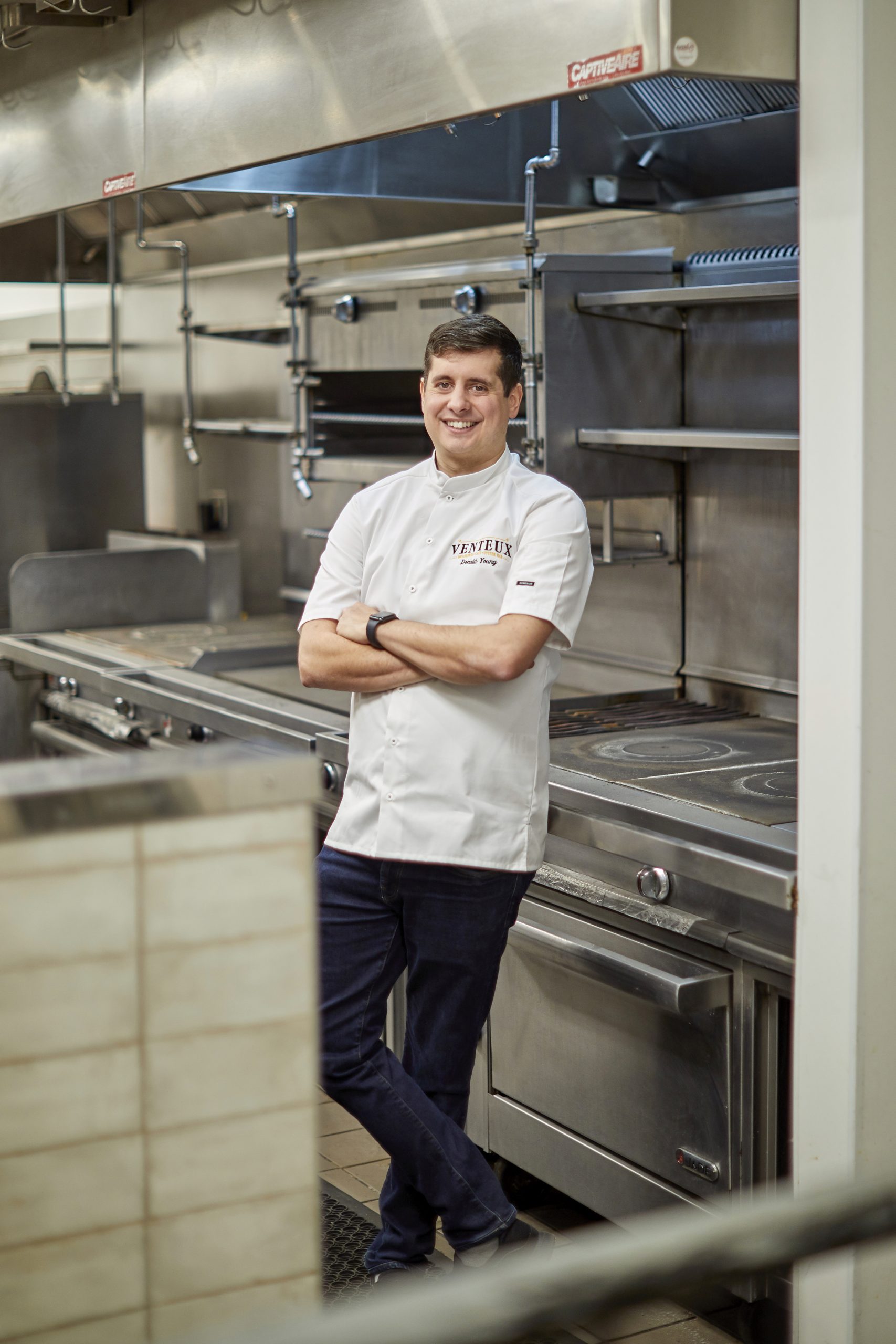